classic tarpon fishing on the flats as well as many other species for spinning, plug-casting and fly fishermen

The shadow of a cruising tarpon appears in the transparent, clear waters of El Pescador’s flats as it ghosts towards your staked out skiff. The meeting with the silver king arrives quicker than anticipated–there’s no time to attend to the knot in your stomach.

The cast unfurls accurately, the fly lands softly, and the tarpon sees it. The take is gentle, the fly disappears in the bucket-sized mouth, and you set hook. In a few seconds, the slack fly line rasps through the guides, then comes tight onto the screeching reel. Shooting straight up, the silver tarpon hangs momentarily in the air, like a Chet Reneson painting. In the next time span, you will experience one of the great thrills of fishing.

Fishing for tarpon in Belize is an experience no angler ever forgets, and El Pescador is the premier lodge in the country for shallow water tarpon action. Its flats are the most extensive in Latin America, and hold the daily possibility of encounters with silver kings in the 50- to over 100-pound class. If anglers prefer smaller adversaries, there are baby tarpon under 25 pounds along mangrove shorelines and in protected lagoons. They are just as acrobatic as their larger brethren, but the fights are shorter and less tiring on the angler.

But tarpon are only part of the attraction. El Pescador guests can probe a network of bonefish flats for large numbers of bones. They won’t be large, mostly under three pounds, but their numbers mean plenty of fast action, and even a diminutive bone can zip off lots of line in an instant. And there is always the possibility of a permit–easily the wariest of all gamefish.

Anglers will also find opportunities for jack, barracuda and a host of snapper and grouper along the extensive barrier reef. Outside the reef, kingfish and wahoo await. So there’s ample opportunity for the fly fisherman, spinning or plug caster. Trolling and deep jigging are very effective along the reef. Belize offers good fishing virtually year round, with the peak times for tarpon late spring through the early fall. El Pescador’s guest list includes many of the world’s top names in fishing, and the lodge has been the featured in many television shows.

El Pescador’s guides are all English speaking (the official language in Belize), and are very experienced in all fishing methods. Many are also certified scuba divers, so if you also like to view fish from below the surface as well as from above at the end of a line, El Pescador satisfies both passions.

The lodge is located on Ambergris Caye, easily reached via a 30 minute flight from Belize City. Perched on a pristine sandy beach, E.P. offers comfortable, modern accommodations which include double occupancy rooms, each with private bathroom, electricity and fans. The lodge is a two-story building, with spacious dining room, fully stocked bar and lounge area on the ground level. After dinner, walk out on the large pier, and gaze at a sky full of stars.

Trips can begin and end any day of the week preferred, and can last as many days as a party desires. Daily flights to Belize City operate out of both Houston and Miami on a number of carriers. 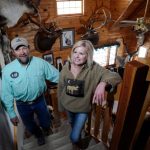 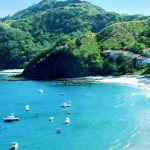