The Adirondack Council – The Outdoor Women

We have defended Article XIV (the “Forever Wild” clause) of the New York State Constitution; fought acid rain at both the state and national levels; prevented motorized intrusion in the Park’s public wilderness areas; opposed inappropriate development on the Park’s private lands; and prompted Park communities to use biological controls against black flies in place of traditional, indiscriminate spraying of hazardous chemical pesticides.

This typifies our day-to-day work-the essential “holding actions” needed to prevent the piecemeal destruction of the Park as we know it.

Forever Wild . . . for Everyone

State-owned lands within the Adirondack Park were preserved for the future in the late 19th century by Article XIV of the State Constitution-the “Forever Wild” clause-which states:

The lands of the state, now owned or hereafter acquired, constituting the forest preserve as now fixed by law, shall be forever kept as wild forest lands. They shall not be leased, sold or exchanged, or be taken by any corporation, public or private, nor shall the timber thereon be sold, removed or destroyed.

These 2.5 million acres of Forest Preserve provide a serene home to a variety of wildlife species as well as some of the best recreational opportunities in the world for hikers, bikers, skiers, fishermen, hunters, canoeists, sailors, rock climbers, swimmers and many others. Best of all, these lands are free and open for anyone and everyone to enjoy.

Communities in the Forest

The Adirondack Park is unique. Unlike national parks- in which people are forbidden to live-the Adirondacks are a “lived-in landscape.” Interspersed with the forest preserve lands are the places in which the Park’s 130,000 year-round residents live-the Park’s private lands and communities. These communities serve as the Park’s economic and cultural hubs and also provide services for visitors. The key to the Park’s future lies in integrating the conservation and preservation of its natural resources with sustainable, thriving human communities.

You Can Make A Difference
Please join us in this important mission-for ourselves and for generations to follow. Membership dues provide the Council’s main support. Membership benefits include regular newsletters, an annual State of the Park Report, special publications, and the satisfaction of helping to save forever your Adirondack Park. 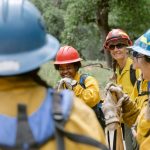 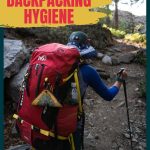 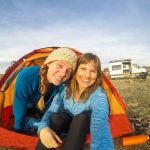