To allay your doubts: Yes, Alabama does have whitewater. I know this for a fact because I’m standing at the bottom of the Little River Canyon in the northeastern part of the state, staring across the spraying waters of the Little River. In front of me is a long tongue of pounding water pouring between two house-size boulders and tumbling into a curling hydraulic below. As far as I can see downstream, the Little River shows splashes of white where the rushing current glances and caroms off boulders and rocks.

Admittedly, Alabama is not high on the lists of destinations for whitewater enthusiasts. You want to see crowds of kayakers, canoeists, and rafters playing in the waves? Go to the nearby mountain rivers of Tennessee, Georgia, and North Carolina where whitewater enthusiasts congregate in huge numbers. But tucked up in this out-of-the-way part of the state, the exciting whitewater runs of the Little River Canyon attract knowledgeable southeastern river rats who have discovered this well-kept secret. You won’t fight the crowds here to play in your favorite hole. On a”busy” weekend, maybe thirty kayaks ply the whitewater here.

Much of Alabama is long flat fields of cotton and soybeans but tucked up near the Georgia and Tennessee borders is an area of mountains and canyons that resembles West Virginia more than the heart of Dixie. The southernmost reaches of the Appalachian Mountains just touch on this corner of the state and those same mountains that generate the challenging whitewater of the well-known Chattooga and the Ocoee Rivers just an hour or so east also produce the rapids of the Little River.

The Little River runs along the backbone of Lookout Mountain. It’s an odd feeling to drive up a mountain to get to a river, but that’s just another oddity of this waterway. As it starts its descent down the mountain, the river picks up speed and carves its way through one of the deepest gorges in the eastern United States. This is Little River Canyon and most of it is protected as the Little River Canyon National Preserve. The preserve covers 14,000 mountainous acres, the centerpiece of which is the canyon and the Little River. The preserve boundaries protect 35 miles of the Little River and its surrounding network of feeder streams and gorges — an area known as the Grand Canyon of the South and containing some of the deepest canyon land east of the Mississippi River.

Over the eons, Little River carved its way through the soft sandstone slabs of the Cumberland Plateau, a giant geological formation that covers much of Tennessee and extends into this part of Alabama. The rushing waters of Little River still continue this process, at some points having eaten away the sandstone to depths of 900 feet. Stand at the edge of the canyon’s rim and peer down into its depths and you can barely spy the narrow ribbon of water splashing through the canyon.

Access
Little River Canyon National Preserve is located in northeastern Alabama, about one hour (50 miles) southwest of Chattanooga, two hours (100 miles) northeast of Birmingham. Take Interstate 59 south from Chattanooga or north from Birmingham to the Alabama Highway 35 exit. Canyon Rim Drive (Ala. 176) is to the left just after the Highway 35 bridge that crosses the canyon at Little River Falls.

The Preserve is a relatively new addition to the national park system, established in 1992. As a result, the preserve is still being developed, so facilities are sparse. There are primitive campsites north of Highway 35 on the river, but little else. Nearby DeSoto State Park offers a lodge, dining, and developed campsites. 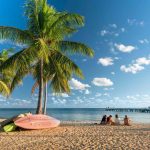 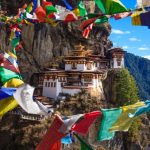