Could your life do with a bit more action and excitement? Want an excuse to escape from the daily routine? For three glorious days in April, you have the chance to head out to Aintree and set your heart racing at the 2017 Grand National Festival.

There are many famous horse racing events around the world. France has the Arc, Australia has the Melbourne Cup, America has its Triple Crown, and Japan’s invitation-only Japan Cup is a thrilling mile and a half sprint for one of the richest cash prizes on Earth. But none of these come close to matching the glory of winning the Grand National.

The longest National Hunt course in the UK with the most challenging fences, it is the greatest test of courage, stamina, tenacity, and skill of any athletic competition you will see anywhere. And no two races are ever alike, even when you have the same winner, as demonstrated by the first two of Red Rum’s three amazing victories.

In 1973, Red Rum shocked spectators with a thrilling burst of late speed from the last fence to reel in the 15 length lead held by Crisp, catching him in the last few yards and then drawing away to a decisive victory, setting a record time in the process. The following year it was Red Rum again, but this time he showed the field a clean pair of heels from a much earlier point, and continued to extend his lead with each jump, romping home the easy winner by more than 20 lengths.

The betting is what adds to the excitement

This isn’t a race that professionals seriously look to make a fortune on, because if history has shown us anything, it’s that anything can happen in this race. Even so, the slightly eccentric nature of this race, makes it inherently exciting, and is also the reason why the bookies are usually willing to offer generous odds.

Whether you decide to lay down some serious money or not, there can be no doubt that having a flutter on your favourite runner will intensify the excitement and make the race more personal for you. Just to watch the race is incredible, but when you have a personal stake in the outcome, you feel emotionally connected in a way that wouldn’t be possible any other way.

If you’re not quite sure which runners are the smartest to wager on, you can look for guidance from The National 2017 betting guide only at William Hill. This very simply lets you see which runners are attracting the most tips, and therefore which may provide the best value in terms of risk vs reward.

Enjoy watching a legend in the making

Without a trace of hyperbole, it can be said the Grand National is a legendary race. It inspired the writings of Dick Francis and earlier authors. It also provided the basis for the 1984 feature film, Champions. Every running of the Grand National since the first one in 1839 has in some way launched a legend. Your chance to see the latest legend being created at Aintree this year is one you definitely won’t want to miss. 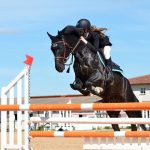 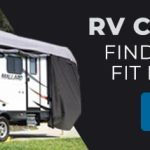 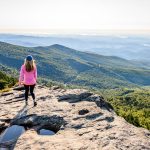 Why You Need to Include Golf On Your Next Waynesville, NC Trip – The Outdoor Women