5 things to do in Chicago – The Outdoor Women With its impressive architecture, Chicago is the third largest city in the United States after New York and Los Angeles. Chicago attracts with its many museums, architecture, restaurants. Get high
No question of leaving Chicago without being at the top of the Willis Tower (formerly Sears Tower). From its 442 meters and the 110-storey Willis Tower is the tallest building in the United States. For the more adventurous, glass balconies can move slightly out of the building, as if it plunged into the void. For the best view of Chicago, is the John Hancock Center in the Steeleville neighborhood he must go. Today is the fourth highest of Chicago skyscrapers with 344m height after the Willis Tower, Trump Tower and the Aon Center. A 360

The Museum of Science and Industry

A museum that is worth seeing because it is one of the largest museum dedicated to science in the world. You will see such a German submarine in World War II, you could fly a Boeing 747 down in a mine … A visit that will delight the whole. Make a trip to the beach
However, there is a beach in Chicago?! I know this is not the first thing that comes to mind when considering Chicago. You may not be aware, but Chicago has several kilometers of beach around a lake. So do not forget your swimsuit

A little shopping
It is in the Magnificent Mile neighborhood that we must make the shopping paradise or so, which extends, as its name suggests, on 1.6 km. In the spring, admire the tulips bloom in hundreds along North Michigan Avenue. A little hungry
We will take a trip to Doughnut Vault, a must for gourmets and lovers of donuts. Please note that this address is very popular, get there early because once the batch is sold, the farm shop. You will inevitably tail and if you’re lucky it will still remain when it’s your turn. 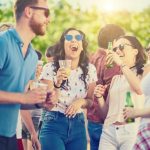 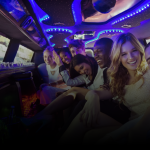 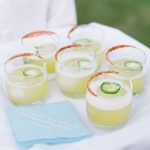