Hiking along the Aichilik River – The Outdoor Women Drifting off to sleep my first night in the Aichilik River Valley I hear, or perhaps imagine, the distant howling of Canis lupus. Wolves enter my dreams and celebrate a successful hunt with wolf song.

Several hours later I’m awakened by the cries of Homo sapiens, singing the praises of a glorious arctic morning. I quickly leave my tent and join the others for breakfast beneath a cloudless cerulean sky. Stirred by breezes that keep mosquitoes away, the late-summer air is surprisingly warm. By midmorning our thermometer registers 680F in the shade and in sunlight the air is 10 to 15 degrees warmer.

Six of us — three Bostonians, two Alaskans, one Californian — have been flown into the remote and roadless Arctic National Wildlife Refuge, in extreme northeastern Alaska.

Created in 1980, the 19-million-acre Arctic refuge is perhaps best known for the political battles over its 1.5-million-acre coastal plain; one side wants it opened to oil development, the other wishes it to remain wilderness. Relatively little attention has been given to the refuge’s other 17½ million acres, though they encompass some of the world’s wildest arctic lands, including the eastern third of the Brooks Range, Alaska’s northernmost mountain chain.

Stretching east-west across the state, the Brooks Range is a gently subdued mountain kingdom, with wave after wave of ridgelines and mountaintops — most of them under 5,000 feet — that can be easily ascended in a day or less by hikers in good physical condition (this is no place for couch potatoes). Dissecting the mountains are wide, U-shape, north-south trending river valleys that create a sense of wide-open spaces.

Rather than backpack or float a river, as most refuge visitors do, we’ve established a”base camp” on one of the Aichilik’s many gravel bars; from here we’ll explore the surrounding landscape on day hikes.

By setting our four tents on the river’s sand and gravel, we avoid trampling the tundra: Such low-impact practices are especially important in fragile arctic ecosystems. It’s equally important, on any Alaska backcountry trip, to bring gear that can withstand winterlike storms (see Buying a Winter Tent), which may occur at almost any time of year, and to keep a clean camp and store food away from tents in such a way that animals — whether grizzlies or ground squirrels — aren’t likely to get into it (see Animal-Proofing a Campsite). There are no trees here, so we’ve brought plastic food buckets and build a rock cairn around them.

Our Aichilik camp is nestled among the Brooks Range’s northern foothills, within three miles of the coastal plain. This valley is one of many corridors used by the Porcupine Caribou Herd during seasonal migrations to and from the plain. The caribou have already moved through when we arrive, but their signs are everywhere: Hundreds of deep, rutted trails crisscross the landscape, thick clumps of caribou hair hang from willow bushes, and whitened, sun-bleached bones and antlers lay scattered on gravel bars, tundra wetlands, and limestone ridges. 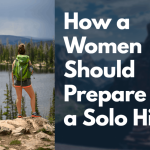 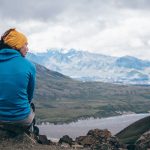