Remnants of the past can be found on national, state, and private lands. Enjoy and learn from these sites, but remember that some of these are sacred to Native Americans, or are important cultural reminders of our heritage. Respect these sites and treasures. Help pre serve the past for the future: do not disturb historical and archeological sites or remove any objects from them. This is prohibited by federal law. Do not camp in or near these special features as this can disturb valuable information that can never be reclaimed.

Protecting wildlife and plants:
Good hunters and naturalists learn by quiet observation. They do not disturb wildlife or plants just for a “better look.” Observe wildlife from a distance so they are not scared or forced to flee. If you’re hunting, know your game and take only safe, good shots.

END_OF_DOCUMENT_TOKEN_TO_BE_REPLACED

At AMERICAN FORESTS we focus on finding solutions to the problems facing our forests, not on ideological rhetoric. Our goal is to ensure a sustainable future for our forests-and the clean air and water they provide.

Our “Search For Solutions” is more than just a slogan, it’s our mission, and through conservation action and education, we’re succeeding.

You want to help because You love trees and forests-but you’re probably a little confused.

Voices on one side say we should never disturb a forest’s natural state, while voices on the other side insist that we need more timber to harvest. While the conflicts continue, the forests suffer. Yet amidst all the confusion there are answers. 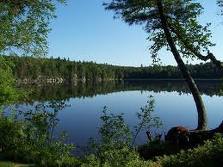 Canoe and hike in the perfect Adirondack autumn. Meet others who accept nature as their path to revitalization and renewal. Spend time with other women friends. Spend time in solitude. Spend time in learning. Create an unforgettable weekend.