Ways To Show Support For Your Candidate – The Outdoor Women During a political campaign, there is plenty of banter back and forth between supporters of all of the candidates. Social media is filled with arguments about which ideas are better, and town hall meetings erupt into chaos when people start to disagree on the issues.

Put Your Support On Display

Political bumper stickers and t-shirts are ways of expressing your political views without shouting them at people. When you put your support for your candidate on display, you are going to invite confrontation with people who support your candidate’s opponent. But you will also invite conversation from people who are curious about your candidate, and are tired of being yelled at by everyone else.

Most people have their smartphones on display constantly, and that makes the smartphone a good way to spur conversation. When you put a phone cover on your smartphone that supports your candidate, you can rest assured that plenty of people will see your support. It is a subtle way of indicating who you are voting for and inviting people to ask about your preference.

If you don’t normally wear a baseball hat but you start wearing one to support your favorite candidate, then that can look out of place. But when you use a keychain to show support, you are using yet another subtle way of inviting conversation that does not make it look like you are trying too hard.

The idea of wearing a button to support your candidate is almost as old as the American political system. But it is an effective way of being subtle about your support, but also putting out a casual invitation to discuss the merits of voting for your candidate.

There is a lot of shouting that goes on in political campaigns, and shouting causes many points to be lost. If you want to make your point and invite discussion about your candidate, then you need to find subtle ways to show your support that are not going to incite a shouting match that no one wins. 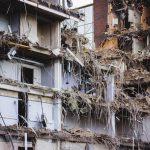 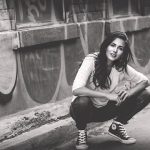