There is no doubt that the MAG 10 Downrigger by Cannon has been their best selling model over the years and for good reason, they get the job done with good performance and very little breakdowns. Recently, they have decided to give these riggers a face-lift to keep pace with the ever growing competition and from what I can tell they did a fantastic job.

While I have personally never owned this newer upgraded model downrigger, I currently run 1 Cannon Mag 10 (not the STX) Electric downrigger on my boat down the chute. I bought mine roughly 5 years ago and have never had a single problem with it’s performance. I’m usually running a big flasher/fly or a meat rig off the Mag 10 and this usually means its the deepest rod in the spread. It has a good fast retrieval weight and a strong motor for using heavier down-rigger weights. What I like about the magnum series is just how straightforward and easy it is to use. I personally won’t use an electric down-rigger that doesn’t have a good auto-stop feature. I like to do multiple things at once and it’s extremely nice to just hit up and move on to something else without worrying about breaking your rigger or even worse having a dowrigger ball swing into the boat.

Enough about the old version, let’s take a look at what Cannon did to make a good rigger even better. The most noticeable difference right away is the upgraded rod holder. While I have no issues with the old rod holders, when compared to similar models of the other leading brands it left something to be desired. The new holders look much more sturdy and give you more adjustment options. Now you also have a horizontal adjustment which is nice when your netting fish. Being able to get the rod out of the way quickly can sometimes save you a fish or at least a major tangle. You can really ratchet it down so the amount of play is greatly reduced from previous versions.

Another new feature is the addition of an emergency crank. While it doesn’t happen often, being able to crank up the weight if needed can be a huge time and arm saver. I’m not ashamed to say I’ve been in a few situations where the downrigger ball is down well over 100′ and the batteries decide they don’t want to work. Trust me, it’s no fun getting your gear back in this situation….especially in bad weather which is when things always seem to go wrong. Anyways, you no longer have to worry about this problem.

Now Easier Than Ever To Repair Yourself

While all of these upgrades are certainly welcome, I think they realized they needed to make their downriggers easy to repair. For example, if you need to make any repairs on the previous magnum version riggers you would have to either send it into Cannon for repair or do it yourself and void the warranty. In order to take the older models apart, you would essentially ruin the watertight sealing which if not properly re-sealed could let water into the electronic components of the unit. Not very good options, if you’re like me and want them working by the next weekend. Luckily they addressed this problem and now they are the easiest downrigger to repair on the market. The Magnum 10 STX downriggers comes with a O-Ring gasket which can be reused as long as there is no significant damage. I would recommend having 1 or 2 extra gaskets so that you really don’t have to lose any time when making a simple repair.

It’s hard to go wrong with the Mag 10 STX. It has a fast retrieval rate of 250 ft/sec and is capable of pulling 20lb. downrigger weights. The boom telescopes to 53″ and is arguably the strongest on the market. The auto-stop feature works flawlessly and also comes with Cannon’s Positive Ion Control like all their other electric models. They really made this model bulletproof to last a longtime. You can find other fishing technology reviews at fishfinders.info. 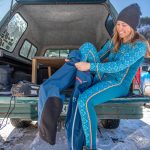 Do not run down – The Outdoor Women 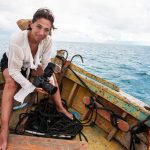 Give Your Boat the Attention it Deserves – The Outdoor Women 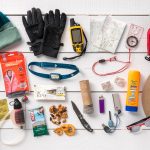