The idea for the new cartridge design was hatched last summer at our rifle range in the Adirondack mountains when my Dad, brother, and I were discussing what changes we could make to the basic Holland & Holland designed belted magnum case which dates back to the early part of this century. We created the design which maximizes the case capacity of the H & H case, but it also has some attendant benefits as well. In a pinch, one can fire factory 300 Weatherby or 300 H & H cartridges in the Coby chamber and, because of the minimum body taper and relatively sharp shoulder angle of the Coby Ultra Magnum, not only is case stretching greatly reduced, but also a strange thing happens: Velocity jumps geometrically probably induced by the swirl effects of the expanding gasses caused by the sharp shoulder angle and shortened neck though it is impossible to know definitively without doing flow tests on the case design.

In following up on our idea, the first thing to do was to order a reamer from Dave Manson at Clymer (810 853-5555) who very rapidly delivered the piece to us. We then enlisted Jim Kobe at Jim’s Gun Shop in Bloomfield, MN (612 884-6031) to cut some chambers for us. Jim did a superb job which is no surprise since he does a lot of work for John Krieger of barrel fame. (Jim has a reamer and can provide others with this chambering if so desired.) We then received loading dies from Fred Huntington at Huntington’s in Oroville, CA (916 534-1210), and soon we were at the range chronographing and accuracy testing the new cartridge. Our suspicions were soon borne out by the astounding velocities we were getting on our Oehler 35P while showing normal pressure signs.

A number of powders were tried and some interesting discoveries were made. IMR 7828, Reloder 19, Reloder 22, Norma MRP, and Hodgdon 4831 were chosen, and Reloder 19 seemed to give the best pressure/velocity combination. Surprisingly, it seemed to show less pressure than Reloder 22 even though 19 is a faster burner.

The table below shows the results we obtained during our test sessions. Of course, these loads reflect our particular experiences with our test rifles, and the handloader is urged to approach maximum loads with caution by reducing starting loads by at least 5% and working up charges while looking for pressure signs.

Having determined our optimal loads, we decided to give the cartridge a field test in Africa. African game is known for its toughness and ability to cling to life. Well, the wound channels and sheer destruction of tissue by this cartridge soon dispelled that notion. For example, when I shot a reedbuck, we found meat, bone and hair hanging from neighboring trees when using a 180 grain Barnes X bullet. A total of six animals were killed using the 300 Coby Ultra Magnum, and not one of them required a second shot. Ranges were from 121 yards to 386 yards as measured by a Leica Geovid BA. For hunters or target shooters wishing long range performance, the 300 Coby Ultra Magnum would seem a logical choice. 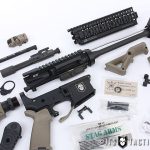 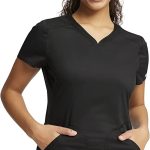 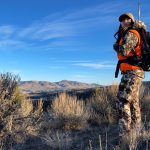 Choosing a Place to Go Hunting – The Outdoor Women