Pound for pound, the smallmouth bass is the gamest freshwater species–so claimed Dr. Henshall. Despite its many attractive qualities, the world of the smallmouth is dwindling, and locating quality Canadian bass water is getting to be a difficult proposition.

Situated just across the Ontario border in western Quebec, the Beauchêne Reserve has been a premier smallmouth fishery for many decades, and today stands as one of the most productive spots anywhere in Canada. Although it began as an exclusive sportsman’s club for executives, Beauchêne has been available to the public for many years. Though the facilities have been upgraded consistently, the many charms of the original Beauchêne have not been lost.

Costa Rica’s Pacific coast has some of the best billfishing in the world. Sails, blue and black marlin, even an occasional striped marlin. But like offshore fishing most anywhere, locations are not productive year round. Each has a window when visiting anglers have the best chance of taking a sail or marlin, and the rest of the time, chances for success are diminished.

Barry Jaggar knows New Zealand trout fishing. Consider his background: he was a former manager of one of the North Island’ most prestigious lodges; he was the Hunting and Fishing Officer for New Zealand Tourism; above all, trout fishing is in his blood. So when he selected Springs Junction on the South Island for his Western Rivers Lodge after considerable thought and research, you know it was a wise decision.

The brown trout reigns supreme on the South Island, with rainbow a now-and-then catch. With over 20 streams within a hour’s car ride of the lodge, guests have a wide assortment of locations where they can pursue the wily brown. Four to five pounders are fairly typical here, but considered a real trophy on many North American streams. six to eight pounders are possible, and angle have opportunities to hook (though not always land) even large trout. Like brown trout world wide, they are wary and selective but careful stalking and a short, soft and accurate cast can often result in positive results. 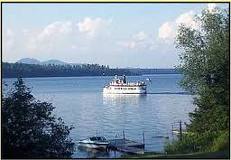 This article may be reprinted as long as it is
reprinted in its entirety and the information
box regarding the author is included. It wouldbe appreciated if you would send information as towhere you plan to utilize this article.

WHAT IS LIFE WITHOUT ADVENTURE!
Here are a few ideas, some tips and several suggestions.