After more than a year of preparation completely “do it yourself”, finally came the moment of departure.
We start from Torino with a stopover in Frankfurt to San Francisco, the plane is on time and at about 16:15 we landed on American soil we pass the checks and collect your luggage … finally we are in the States.
The past controls without any problem, we go to the station and go down to Powell Bart Station, where we buy the Muni Passport for $ 18 that allows us to use public transport for 3 days (including Cable Car).
Check in our Motel 6 and immediately head towards the Ball Park, the stadium of the San Francisco Giants, to watch the game against the Atlanta Braves at 19, the ticket I had bought online months before.
The stadium and the atmosphere are great, a little ‘less than the temperature, makes a remarkable cold and we have to give up after a couple of hours perhaps also because of the time zone, now we do not sleep for several hours.

Next Day
Wake up early in the morning to head to the island of Alcatraz to visit the so-called “THE ROCK”, tickets already purchased online months before: the tour is called Early bird
the tour also includes an audio guide in several languages (including the ‘ Italian) with the description of the various parts of the prison very well done.
We spend the whole morning on the island, the visit we liked a lot and we promise to return to Italy to see the film “Escape from Alcatraz”.
Now it’s time to lunch and stop at Bubba Gump, and then visit the entire area of the Pier with the unique sea lions and various shops.
Some purchases fast and we head towards the Lombard Street, the famous winding road that is often seen in the movies, where you see a beautiful view of the bay.
Then we take the cable car that passing outside to head to turn the symbol of the city: the Golden Gate Bridge.
We find a side road where you can admire him for all his greatness and then they face a piece walk, again despite the sun, the air is cold.
We return to the Fisherman’s Wharf and try the famous crab soup served in a bit ‘of bread …Ninety exceptional and we stopped for dinner in the famous chain Hooters, certainly not for their menu but rather for the famous waiter.

Next Day
After a nice breakfast of muffins, we move to Chinatown: Here are the 9:30 am so we avoid chaos in the neighborhood, because here, as in other places states of the shops do not open until 10.
Continue toward the Financial District to see the tallest building in the SF Transamerica Pyramid with its 260 meters, quick little jump North Beach (Little Italy) and continuation towards Telegraph Hill.
After a hike in the midst of houses and stairs we reach the top, where the Coat Tower, a tower 86 meters high from where you can admire SF 360 ° taking a pay lift.
Let’s go back then to the center in Union Square where after lunch we give a bit ‘of shopping, seeing the favorable euro / dollar rate.
Let’s go back to the motel to arrange purchases and we move to rental agency at the airport: Hertz
deliver reservations and behold them ‘our car: a Chevrolet Impala 3.5 of displacement that will accompany us throughout our “on the road in the United States.
Taken confidence with the car we return to the motel… 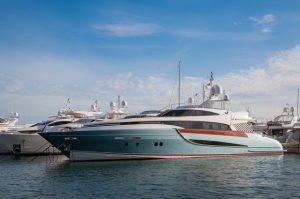 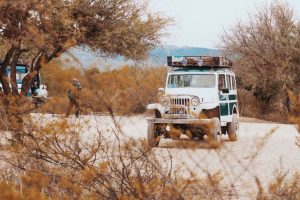 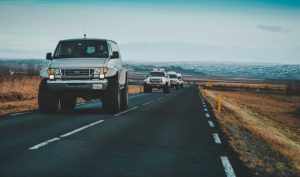