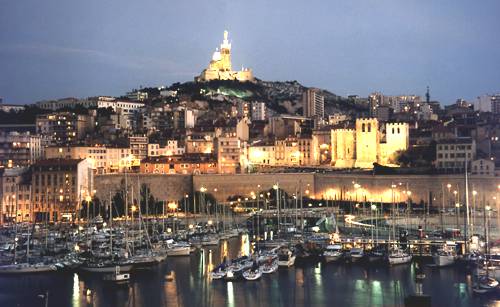 The bright blue waters, balmy Mediterranean breezes and sleepy, laid-back feel of Marseilles makes it one of the most sought-after places to relax and enjoy France’s many charms. Marseilles is France’s oldest city, boasting a history
that goes back to the 6th century BC. It is also the country’s second largest city and third largest urban and metropolitan area.

Marseilles offers visitors a wealth of natural beauty, from its rocky limestone cliffs, to its towering
mountain peaks, to its picturesque lakes and inlets. There is also much man-made beauty to admire―stunning architectural works and simple centuries-old
buildings traverse the landscape, offering something to see everywhere.

The vibe in Marseille is lively, but casual cafes spill out into cobblestone streets, where patrons enjoy laughter and conversation at their leisure.
Residents and visitors stroll about, taking in the air and the seaside view.

Perhaps Marseille’s most iconic structure, the striking Romano-Byzantine domes of this 19th century basilica can be seen from anywhere in the city. The
stunning artwork includes complex murals and mosaics and a gilded statue of the Virgin Mary. The Basilique is perched high on a hilltop, where visitors are
treated to a 360-degree view of the city.

Uninhabited until the 16th century, the island of If’s long and dark history provides fascination for those who visit. In 1605, a fortress was built on the
island. In short order, the fortress became a prison for slaves, criminals and rebels. In the late 1600s, Protestants were thrown in the prison en masse
and left to die.

The castle served as the inspiration for Alexandre Dumas’s famed work, the Count of Monte Cristo, which was based on tales of a real prisoner.

As one of the city’s oldest sections, the Vieux Port Marseille,
or Old Port, offers a glimpse into France’s history. It features a number of historically significant sites, including the Basilique du Notre Dame de la
Garde. But its host of avant-garde galleries, cafes and restaurants make it an ideal place to experience art and culture and enjoy fresh, authentic local
cuisine.

The Frioul archipelago is composed of four separate islands: Pomègues, Ratonneau, If and Tiboulen. This is Marseille’s natural beauty at its best―visitors
are treated to beautiful calanques, quiet beaches and striking cliffs, as well as unique and fascinating flora, fauna and wildlife.

This small calanque is a favorite of hikers and climbers. Not only does it boast beautiful natural scenery, it’s easily accessed and―unlike many calanques
in Marseilles―it’s open year round.

For those who enjoy the water, the Plongee Phoceenne Formation offers open water scuba-diving lessons for individuals and small groups.

This brilliant and original museum offers a fascinating glimpse into Mediterranean cultures as well as their global influences. 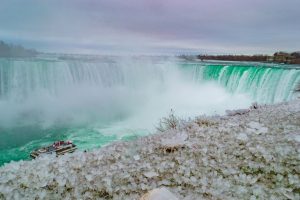