What is Waterfowl U.S.A.?

It was founded by biologists for the purpose of preserving and improving wintering and breeding habitat within the United States. There was, and still is, a tremendous need to fund waterfowl projects on the local level. Therefore, local and state fund-raising chapters are being organized to lead the way in restoring waterfowl enjoyment. Waterfowl U.S.A. was incorporated in Edgefield, South Carolina in January 1983 as a fully tax deductible, non-profit organization and approved under IRS statute 501 (C)(3). Since its founding, over 45,000 conservationists from all 50 states and many foreign countries have joined and supported Waterfowl U.S.A.

What are Waterfowl U.S.A.’s goals and objectives?

The long term goals and objectives of Waterfowl U.S.A. are: to create interest and organize local groups of concerned sportsmen and bird enthusiasts dedicated to preserving and improving the remaining wetland waterfowl habitat within the United States; to educate the public to the necessity of the preservation of waterfowl and waterfowl habitat in the United States; and to train our youth in good conservation practices.

What are some of Waterfowl U.S.A.’s projects?

How will the chapter funds that are raised be used?

60% of the net profits from fund raising, not including Waterfowl USA memberships, will go into your local area and into your state, 20% will be used to develop additional chapters in your state and the remaining 20% will be allotted for National administration costs.

Who will control the funds raised?

A finance committee made up of members from your chapter will control the funds. They will delegate funds for projects from National Headquarters from the monies raised through events held by your chapter.

How will the projects be selected?

It will be entirely up to your chapter or state committee to determine the most worthwhile projects for which your net proceeds will be spent. The chapter will make their own decisions unless they request assistance from National, where by a representative will be available for help on any problem that might arise. 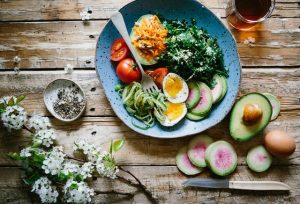 How to Pimp Your Boat