Domestic violence is a social sin and women in different societies are the major target. If we look at history we will come to know that rights of women were snubbed and they were treated as third grade citizens. Many people tried to start campaign to protect women from domestic violence some were dominated by the opponents and some marked their name in history.

Multinational corporations can play a important role to protect women from domestic violence by funding different Governments and NGOS where they operate .AVON the company for women is a great example, AVON offers a wide range of products for women including makeup, skincare, bath &body, fragrance, hair care, jewllery, fashion, a part from it, it has proved itself philanthropic by aiding and contributing in different funds since many years. AVON was founded in 1886 and it has seen women suffering from different kinds of violence that’s why it has a remarkable history to help women in different social issues including domestic violence .AVON has always focus on enhancing and emphasizing on outer beauty of women as well as to safeguard their souls and body from domestic violence.

Hence we can say that with this changing world, people have become much aware about their rights and many companies are doing a lot for social causes and well recognized their social responsibility. Global efforts of multinational corporations will draw people’s attention towards lack of services for women who are victims of domestic violence.

Take the Guesswork Out of Putting in a Well 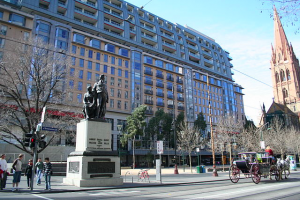 The Basics of Learning a Second Language While Traveling Abroad