Capt. Jeff West is permanently moving his fishing operation to Venezuela, and that’s great news for anglers who want to fish La Guaira with a first-class outfitter. Because of the heavy demand, West already has added another boat.

Venezuela is one of the great billfishing places in the world. The fall season for white marlin is famous, of course, and Venezuela’s blue marlin fishing is becoming an additional magnet. Add to these attractions the fact that these waters have significant populations of sails and swordfish, and we understand why so many anglers–veterans and novices–flock to Venezuela.

But there is a negative side. Many booking agents have packaged extremely inexpensive fishing trips and, of course, you get what you pay for. Even some of the more expensive boats have disappointed some anglers. Some of the comments we’ve heard in the last few years:

And on and on. Of course, there are a few good operations, too.

Zooming to the top is Jeff West and his Pesca Liquida operation.

We’ve never fished with West on his magnificent Courtesan, but we’ve heard many good things about his operation, staff, knowledge and analytical approach to angling. After fishing here for a number of seasons, West has decided to headquarter in Venezuela and has begun to expand and already added another boat. His entire operation spells C-L-A-S-S, not only because of his and his captains’ fishing expertise but also for attention to every detail from arrival through accommodations and comfort to, of course, the fishing. He can’t control the weather or the fishing, but everything else is meticulously thought out. Obviously, it costs considerably more to fish with the best, but judging from the repeat business percentage, his operation is worth it.

Why Not Buy a Timeshare? 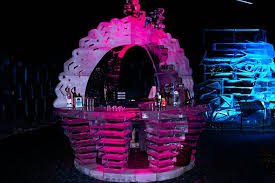 Tips for Winterizing Your Pond During the Cold Months